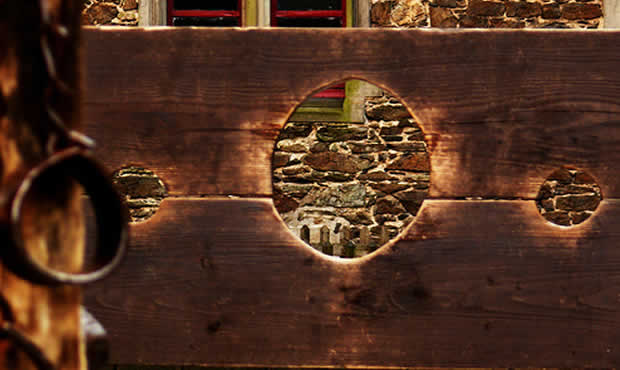 Maybe it’s due to upbringing and environment.

In my house discipline doesn’t come into play much, and not because I am a lax parent. My daughter was raised to know right from wrong and I have tried hard to get her to view her actions and their implications that way. I’m not saying she doesn’t act up or doesn’t sneak things she shouldn’t -all kids do. However, she doesn’t misbehave as much because she knows that it is wrong and she knows that I will be disappointed greatly by her behavior.

So what type of punishment do I prefer? Well, I am against spanking except for as a “nuclear” option. I generally find I have to vary punishment by whatever she has done.

I used to use timeouts frequently until my daughter realized that isn’t much of a punishment. She has a fantastic mind and can keep herself entertained just sitting in a corner. I remember the exact incident, when she was 5, that taught me that timeouts do not work.

She was sitting in timeout and I noticed she had snuck a toy over to the corner and was playing with it. I quickly found it and took it away. At that point she started using her hands as dolls and said, “you can’t take my hands away.”

It was at that point that I knew I had to up the ante on punishment. She had inherited my brain. You see, at a very early age, I figured that timeouts and being sent to my room were not punishments unless I let them become punishments. They were opportunities.

I won’t go into detail as to what I do for punishment now, but it works and when it doesn’t I will change it again to something else. I know some people would like ideas, but its up to what works for your own kids. I still do not use physical violence and I abhor anyone who does. It teaches kids that you hit to assert power.